The Trans Legal Mapping Report is a research project of ILGA World’s Gender Identity and Gender Expression Programme.
First released in 2016, the report offers a worldwide compilation of laws, policies and processes for trans and gender-diverse people to change their sex/gender markers and names on official documents, as well as the requirements for these processes. The 2017 edition includes additional features – a section on legal gender recognition and international law, a section on the Inter-American system, and seven interviews with trans activists on the ground speaking about their country situations. It covers the legal situations in 111 countries and 13 territories.

All too often, processes for gender marker and name change include requirements that are blatant human rights violations: this report outlines them clearly, but also shows progressive examples from across the world.

This information makes the ILGA World Trans Legal Mapping Report an important tool that advocates can use to engage with their national governments and bring about change. 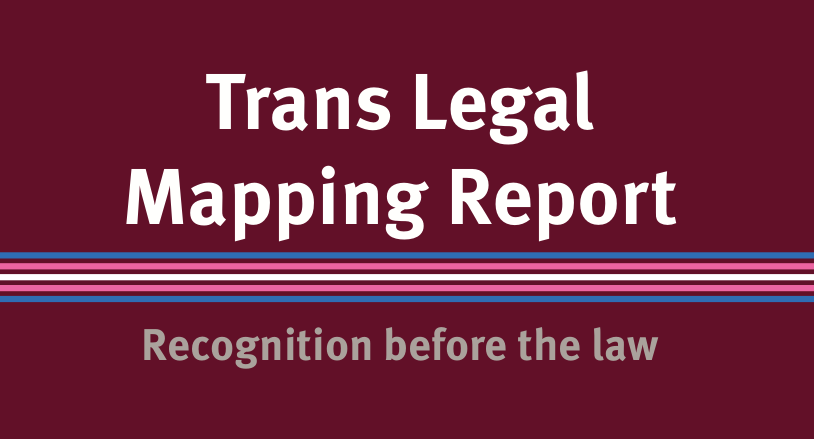 The second edition of ILGA World’s Trans Legal Mapping Report was released in November 2017, and officially launched at the ILGA Asia Conference in Phnom Penh, Cambodia.

This 2nd edition of the Trans Legal Mapping Report was researched and written by Zhan Chiam, Sandra Duffy and Matilda González Gil, and published by ILGA World.

It is copyright-free, provided you cite both the authors and the International Lesbian, Gay, Bisexual, Trans and Intersex Association (ILGA World).