Prejudice and stigma don’t affect us just for who we are and whom we love, but also for what others believe us to be. In Sri Lanka, a report disclosed an alarming reality of forced physical examinations conducted by authorities to find “proof of homosexual conduct”. In Nigeria, a person could get stopped, questioned and harassed only for being perceived as “queer”, human rights organisations reported amidst the ongoing protests against police brutality.

In many parts of the world, authorities seek to strip our communities of basic rights. In Texas, United States, social workers can now refuse to assist people on the grounds of their sexual orientation, gender identity and expression, or disability.

This week  also marked some victories. Aotearoa New Zealand elected the most diverse parliament in history, including 13 out queer persons among its 120 members. In Russia, an attempt to target our rights failed, as the Cabinet rejected a package of discriminatory bills. After years of stalling, marriage equality in Chile seems to be moving forward as a Senate’s commission gave the green light to a 2017 draft bill.

Meanwhile, our communities worldwide are still gathering together, albeit virtually: this week, ILGA World member organisations in Europe and Central Asia, as well as in Oceania, are meeting online for their regional gathering and conference.

According to ILGA World’s State-Sponsored Homophobia report, Sri Lanka punishes same-sex intimacy between consenting adults with imprisonment up to ten years. Furthermore, as ILGA World’s latest Trans Legal Mapping Report points out, there are extensive reports about trans people being targeted for their gender expression and arrested by the police under the law on impersonation.

“The recent evidence of violence and harassment against the LGBTIQ community by law enforcement here is gravely concerning,” said Rosanna Flamer-Caldera, executive director of EQUAL GROUND and former co-secretary general of ILGA World. “Sri Lanka must respect its commitment to the UN to protect the fundamental rights of LGBTIQ people, including by ending arbitrary arrests and by banning torture and other mistreatment by the authorities.”

In Israel, a multi-ministry team will soon meet with trans organisations to hear of their struggles and outline proposals to overcome them.

In Japan, three rights groups launched a petition calling for an anti-discrimination law to be enacted before the start of next year’s Olympics.

The Indonesia Military has been criticised for allegedly imprisoning and dismissing a soldier who engaged in consensual same-sex activities with another officer.

Hello everyone! Welcome to our tweet chat 'Police Brutality Against LGBT+ Persons in Nigeria'. We hope you’ll keep up with the conversation by following this thread and quote tweeting with your comments or questions. #EndSARS #QueerNigerianLivesMatter

Nigerian police officers and other state actors harass, assault and extort people whom they perceive to be queer, The Initiative for Equal Rights (TIERs) wrote on social media. According to the group, who has been reporting on police brutality against LGBT+ persons in the past years, officers would stop anybody they perceive as “gay”, questioning them and searching through their devices. If they find anything that points to their sexuality, the person is arrested, threatened, assaulted and extorted.

“They then coerce them through torture and blackmail to reveal the identities of their queer friends or partners,” TIERs wrote. “When they get this information, they either lure such persons or raid their homes and arrest, threaten, assault and extort them as well”.

The situation has worsened in the past months due to the Covid-19 pandemic, with higher levels of extortion and blackmail of gay, lesbian and bisexual people across Nigerian States.

Attacks from state officers are far from the only aggression that LGBT people in Nigeria face. In the context of the recent demonstrations against police brutality, documented on social media under the #EndSARS hashtag, queer protesters were harassed by fellow protesters.

“Nigerians like everyone else across Africa and the globe have a right to participate in peaceful protests against injustices by those that they entrust power with”, said Nate Brown, Executive Director at Pan Africa ILGA. “All these protests are a clear indication that Nigerians are tired of the constant tortures over the years, and enough is enough”.

According to ILGA World’s State-Sponsored Homophobia report, Nigeria’s criminal code punishes same-sex activities between consenting adults with up to 14 years of imprisonment. In some northern states, where the Sharia law is enacted, penalties are even harsher, as men could face the death penalty and women a whipping and/or imprisonment sentence.

In Uganda, arrest warrants have been issued against two officials accused of torturing 20 LGBT homeless youth who had been arrested for violating Covid-19 measures.

Aotearoa New Zealand elects most diverse parliament in its history

With 13 openly queer people out of 120 elected members, as well as many people of colour and women, the new Parliament that emerged from Aotearoa New Zealand’s recent general election is set to be the most diverse in its history.

According to early reports, the country has now the highest representation of our communities in parliaments across the world, with 10% of the seats won by out MPs.

Prime Minister Jacinda Arden’s Labour party won by a landslide with over 49 percent of the votes, securing 64 seats – nine of which reserved to people from rainbow communities. With 10 seats, the Green party elected four LGBT people. Among them is activist dr. Elizabeth Kerekere,  whose organisation Tīwhanawhana Trust was among the hosts of the 2019 ILGA World Conference in Wellington.

“Now our job is to hold these parties to account on their rainbow policies to improve the rights and wellbeing of our communities over the next three years,” wrote InsideOUT on Facebook.

During the ongoing Mental Health Month, civil society organisations in Australia are hosting activities to shine a light on LGBTI mental health.

The Russian Cabinet rejected a package of draft laws allegedly aimed at “strengthening the institution of the family”. According to the commission that examined the bill, the outlined changes to the Family Code would have tipped the balance “towards the rights of parents” at the expense of children’s rights.

A group of senators had submitted the proposed changes to the State Duma this summer. If approved, those laws would have severely affected our communities: birth certificates would have included “sex at birth” fixed data; they would also potentially have denied trans people the right to marry, as their birth certificates and passports would show different gender markers as a consequence of these laws. Senators also sought to strengthen the existing ban on adoption and custody over children for LGBT people and to close a loophole that has been used in the past to recognise same-sex marriages registered abroad.

The Russian LGBT Network welcomed the news on social media, adding that the Presidential Council for Civil Society and Human Rights had rejected the draft laws as well.

The British government is planning to include questions about gender identity and sexual orientation in next year’s census.

Amidst demonstrations taking place in over 60 cities all around Italy, the Parliament scheduled discussing the proposed law against anti-LGBT hate on 27 October.

In Lithuania, activists released guidelines for next elections, providing information about the candidates’ stances on SOGIESC issues.

In a landmark case, a court in Poland ruled that an employer discriminated against a trans employee by requiring her to wear a male uniform.

North America and The Caribbean

Texas social workers can now refuse to assist people with diverse sexual orientation, gender identity and expression, or people with a disability. The state’s Board of Social Work Examiners voted unanimously to change a section of its code of conduct on the governor’s request, removing the non-discrimination clause.

Officials and the Board are now facing backlash, as seven advocacy organisations released a joint statement to condemn the decision, claiming it puts already vulnerable people at even higher risk. According to the groups, the change wasn’t scheduled on the agenda and no public comment was allowed.

“The social workers code of conduct previously helped ensure ethical treatment of all clients and prevented bias-motivated misconduct,” said Ricardo Martinez, CEO of Equality Texas. “Now with the removal of sexual orientation, gender identity and gender expression from the code, LGBTQ+ folks who experience discrimination could face more obstacles to getting the help they need.”

“There is always a real possibility that trans Texans specifically could be turned away or dissuaded from accessing the medical resources they need,” added Emmett Schelling, executive director of the Transgender Education Network of Texas. “At a time when many in our community require services to make it through an isolating pandemic, attempting to grant providers a license to discriminate is abhorrent.”

More news from North America and The Caribbean

In the United States, Massachusetts’ largest children’s hospital has agreed to a partial ban on unnecessary surgeries on intersex children.

59 percent of students reported that they’ve experienced anti-LGBTQ+ discriminatory policies at their schools in the United States, a study has shown, while almost all students have heard discriminatory slurs.

Over 100 teen boys wore a skirt at school in Quebec, Canada, to protest sexism, toxic masculinity and homophobia.

Latin America and The Caribbean

The Chilean Senate’s Constitution Commission gave the green light to the Equal Marriage Law by approving the majority of its articles.

The bill was first proposed in 2017 as a result of a settlement agreement between former president Michelle Bachelet and Movimiento de Integración y Liberación Homosexual (Movilh) entered into at the Inter-American Commission on Human Rights. In 2018, however, the current president Sebastián Piñera said marriage equality wasn’t a priority. The proposed law has languished since then.

“One of the most relevant approved articles is Article One, which recognises the kinship marital relationship between spouses, whatever their sex, and not just between a man and a woman,” said Mónica Arias, Movilh’s lawyer. “With this, without a doubt, we can say that the Constitution Commission said yes to marriage equality.”

Meanwhile, Chile prepares for a landmark vote that will determine whether a new Constitution will be drafted to replace the one introduced during the Pinochet era. The referendum was scheduled in response to the massive protests that swept the country last year.
In the run-up to Sunday’s vote, ILGALAC hosted a webinar to discuss social struggles, the constitutional plebiscite and LGBTI+ perspectives in Chile: watch it here.

Many LGBTI activists hope for an inclusive constitution that would enshrine equal rights for everyone. In the meantime, anti-LGBT religious groups used national television spaces dedicated to the plebiscite to spread hate against queer people, defining an approval of the plebiscite a “work of Satan”.

More news from Latin America and The Caribbean

In the City of Mexico, three out of the 18 trans children who requested to have their birth certificate aligned to their gender identity obtained a positive response from the City Council. 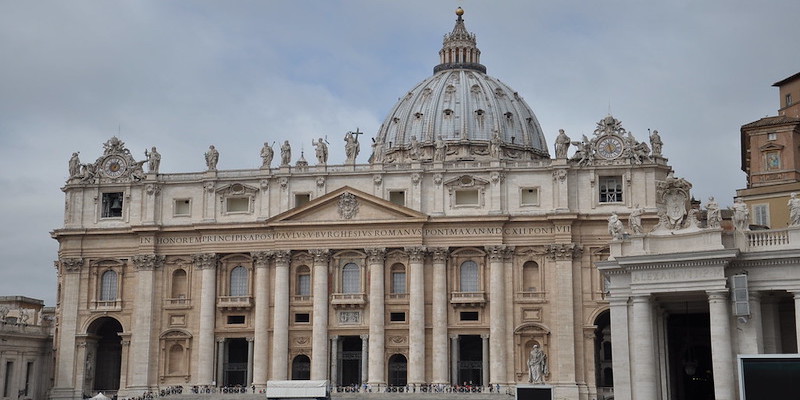 In a documentary premiered this week in Rome, Pope Francis had words of support for LGBTI families and for their legal recognition. “We know how life-changing it will be for tens of millions of LGBTI persons worldwide to hear these words,” ILGA World’s Co-Secretaries General Tuisina Ymania Brown and Luz Elena Aranda commented. “(but) We know that they must be followed by actions. Respect cannot be a pick-and-choose matter. It needs to be about all aspects of our lives - and not just our right to our families and our personal relationships, but also about everyone in our communities. (photo: Flickr / Darold Massaro)