VATICAN CITY, 5 April 2019 – In a historic meeting that took place today in the Vatican City, global LGBTI leaders and the Roman Catholic Church have met as an unequivocal call was made to take action in the face of violence, discrimination and criminalisation against LGBTI people.

The occasion came as Secretary of State Cardinal Pietro Parolin was presented with the preliminary findings of a research project regarding criminalisation of sexual relations between persons of same sex in the Caribbean.[1] On receiving the research, Cardinal Parolin pointed out that the Church is against all forms of violence, and supports respecting the dignity of all persons. He also vowed to convey all information to the Holy Father to continue the dialogue.

Together with representatives of governments and multilateral organisations, ILGA World – the International Lesbian, Gay, Bisexual, Trans and Intersex Association – was in attendance together with Pedro Paradiso of ILGALAC, the ILGA regional body in Latin America and the Caribbean, home to about a third of the world’s 1.2 billion Catholics. ILGA World represents its global membership of more than 1,500 LGBTI organisations from 152 countries and territories worldwide.

The research presented investigates the legal and social situation in the Caribbean where – as ILGA’s State-Sponsored Homophobia report points out - 8 countries still criminalise consensual same-sex acts between adults, but where recently Trinidad and Tobago repealed such a law.

“There are significant positive changes in the Latin American and Caribbean region,” points out Luz Elena Aranda, Co-Secretary General of ILGA World and from Mexico. “Despite this, there is growing hysteria – often fuelled by populist politicians and some religious leaders – around a so-called ‘gender ideology’ that LGBTI persons and feminist groups are accused of imposing on society. This hysteria is polluting otherwise-constructive dialogue between churches and LGBTI persons, and driving us apart at the very moment we need to speak more.”

The significance of the meeting is global. Tens of millions of Roman Catholics have diverse sexual orientations, gender identities and expressions, and sex characteristics.

“Many LGBTI persons are people of faith, deeply loved by their creator in their entirety with all the different parts of who they are, and their choices in who they love. But we often face challenges in our daily lives because of the ignorance and stigmatisation around us” states Tuisina Ymania Brown, Co-Secretary General of ILGA World from the Pacific island of Samoa, who is also Co-Chair of the Global Interfaith Network for People of All Sexes, Sexual Orientation, Gender Identity and Expression. “At the core of all our faiths, whatever its form, is love. This is displayed in a profound inclusivity that we all must strive for. This meeting at the Vatican is one step forward towards a world that is truly free and equal.”

Today’s exchange with the leadership of the Roman Catholic Church is also a moment for a call for future deeper dialogue.

“We welcome this deeply significant opportunity at the highest levels of the Roman Catholic Church.” said André du Plessis, Executive Director of ILGA World. “This open door at the Vatican today is a true moment of grace for the future, even as we work for those whose lives are destroyed by discrimination, violence and exclusion at the hands of the Church. We at ILGA World are already engaged in deep and respectful dialogue with leaders of different faith groups around the world. For the next steps of this dialogue with Rome, we simply say: we are ready.” 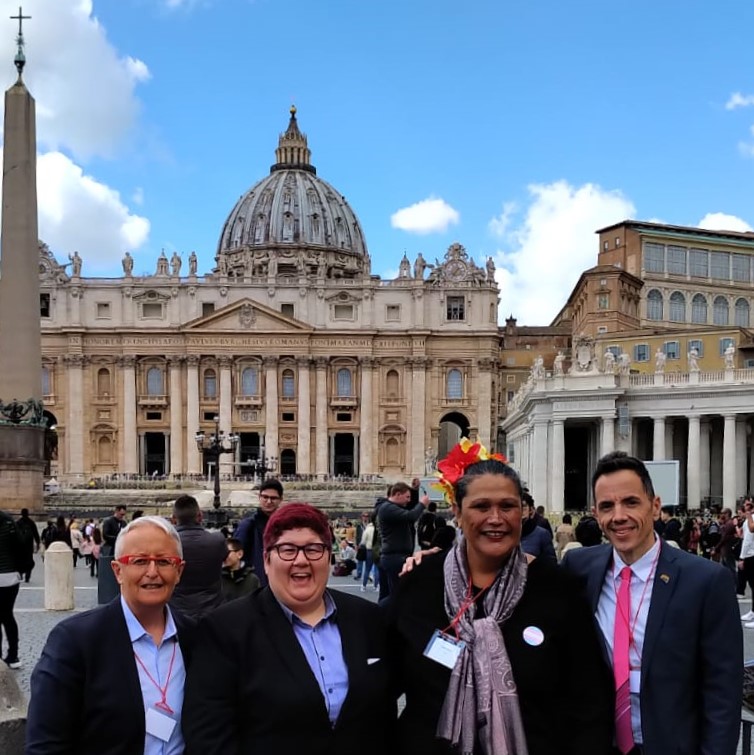 [1] The research project regarding criminalisation of sexual relations between persons of same sex in the Caribbean is being conducted under the umbrella of the Inter-American Institute of Human Rights with the sponsorship of the International Bar Association and the ILANUD.