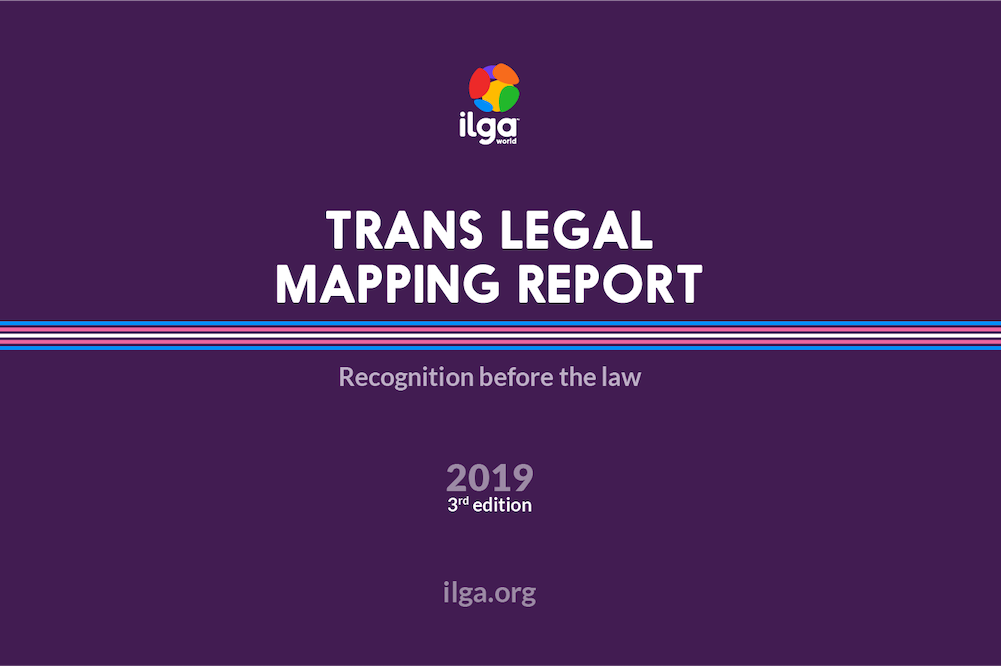 The third edition of ILGA World’s Trans Legal Mapping Report, released in September 2020, details the impact of laws and policies on trans persons in 143 UN member States across the globe.

The publication researches provisions which set out how trans and gender-diverse people can change their sex/gender marker and names on official identity documents (legal gender recognition), and also collects information on laws criminalising trans identities, both explicitly and de facto – looking at the situation for our communities in every region of the world.

The third edition of the Trans Legal Mapping Report was researched and written by Zhan Chiam, Sandra Duffy, Matilda González Gil, Lara Goodwin, and Nigel Timothy Mpemba Patel. it was coordinated by Zhan Chiam and published by ILGA World.

It is available under an Attribution-NonCommercial 4.0 International (CC BY-NC 4.0) license.