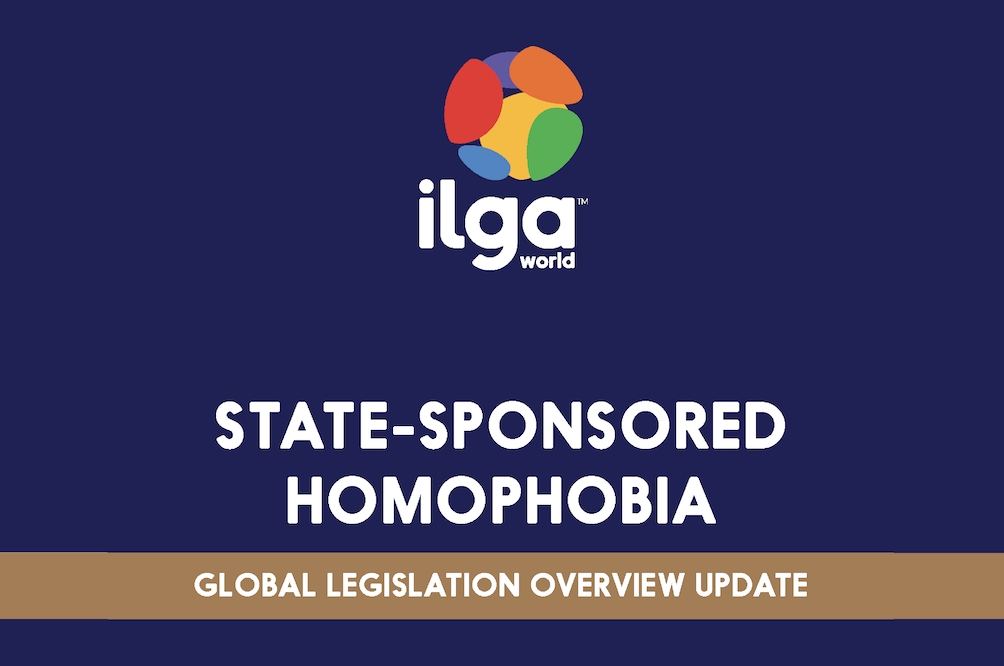 The latest update to the ILGA World's State-Sponsored Homophobia report has been released on 10 December 2019.

Looking for the maps on sexual orientation laws in the world? Click here

This update to the 13th edition of the State-Sponsored Homophobia report was researched and written by Lucas Ramón Mendos and published by ILGA World.

ILGA World owns the copyright to this publication. It is provided free for your use on the proviso that you cite both the author and the International Lesbian, Gay, Bisexual, Trans and Intersex Association (ILGA World) using the suggested citation below.