Download the SOGIESC UPR Advocacy Toolkit
in English | in Spanish

Created over ten years ago, the Universal Periodic Review (UPR) is a mechanism which monitors and seeks to improve the human rights record of each and every UN Member State. As of 2017, over 1,375 recommendations have been made to more than 158 countries to try and improve the lives of LGBTI persons. This is 2.5% of all recommendations made during the UPR process, recommendations that are often inspired by the more than 520 submissions on such issues made by civil society actors.

LGBTI defenders have been using the UPR since its very beginning, and the recommendations they advocated for have helped bring about tangible legal change in many countries worldwide. It is their experiences, and the expertise of ILGA’s Universal Periodic Review programme, that the SOGIESC UPR Advocacy Toolkit stems from.

"Over the first two cycles and beyond, defenders have developed insider knowledge of how to maximise their impact in the mechanism, and on how to advocate LGBTI human rights on such a universal stage,” explains Diana Carolina Prado Mosquera, the UN Programme and Advocacy officer who leads the UPR Programme at ILGA. “These advocacy skills have now been shared in this toolkit: the publication was developed together with 14 civil society organisations from across the world and all the six regions of ILGA, in a truly global community effort.”

The toolkit is designed as a step-by-step guide that will help LGBTI human rights defenders and their organisations to build an effective strategy when engaging in every part of the UPR process (from the very beginning to the follow-up and mid-term reporting), as well as to conduct advocacy both in their countries and in Geneva. It also includes a wealth of practical tools and examples that defenders can adapt to their specific situation and needs – such as reports, calendars, databases, and examples of SOGIESC UPR submissions.

"SOGIESC issues are often side-lined during dialogues at the international level, but the UPR is one of the few forums where there can be vital debate on LGBTI human rights with governments who may otherwise not engage with or even tolerate such discussions,” explains André du Plessis, Head of Operations at ILGA.

Civil society organisations played a big part in the process and, as such, this toolkit is a powerful ally of every LGBTI human rights defender wishing to engage with it. It is hoped that the practical information and successful examples included will help inspire defenders in further conversations and advocacy with their governments as the demands of our communities are mainstreamed into human rights discussions.

"This guide is a global community effort," comment Ruth Baldacchino and Helen Kennedy, co-secretaries general at ILGA. "Built upon expertise within ILGA’s UPR Programme, it has been developed with input from ILGA member organisations that have worked with ILGA in their respective country’s UPR review, and is supported by all six ILGA regions. For a universal process, it really is a universal publication. We hope you will find it useful as you engage in the UPR in the future!”

The toolkit was developed together with the following 14 civil societies organisations:

It was also developed together with the 6 regions of ILGA: 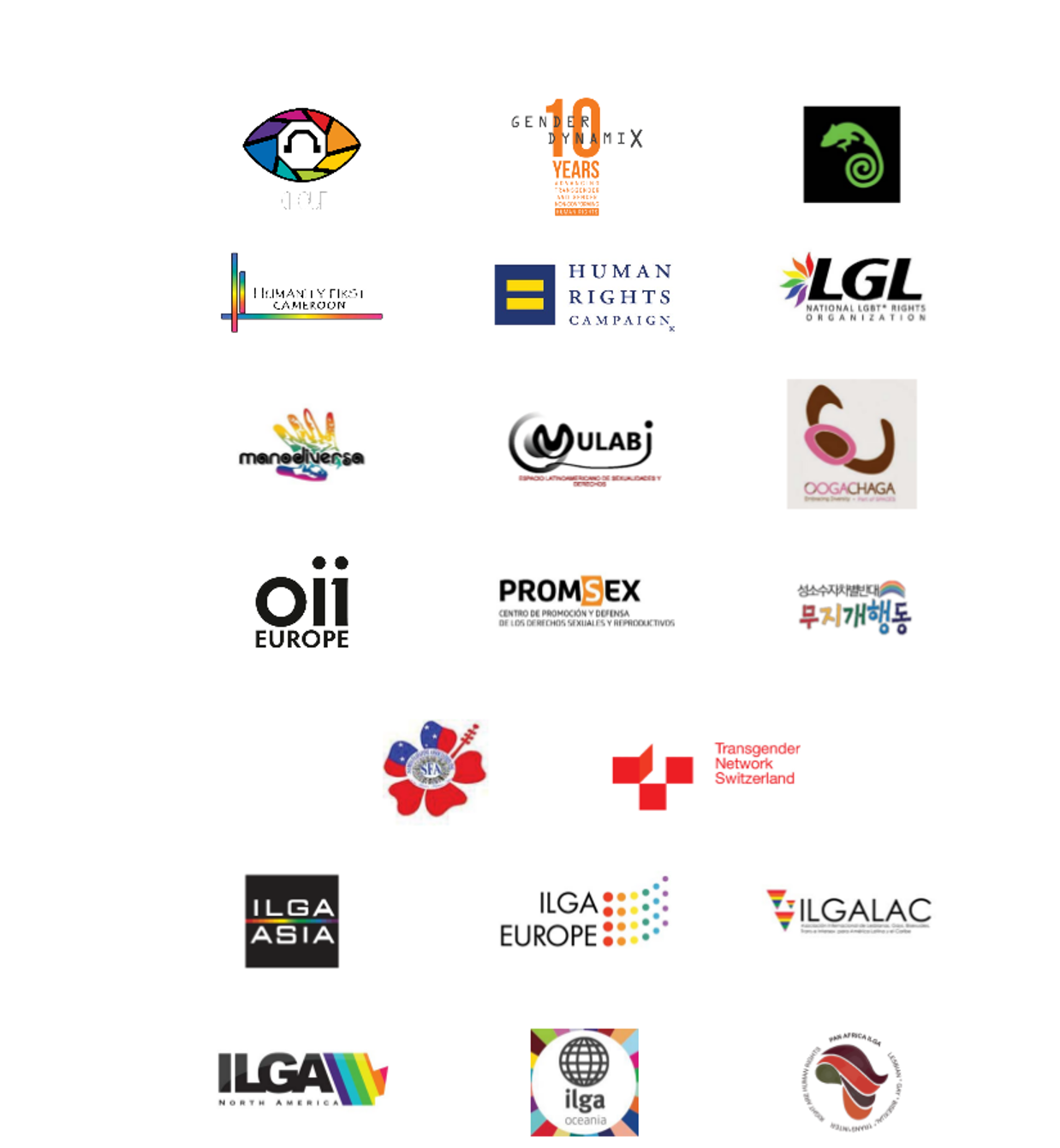