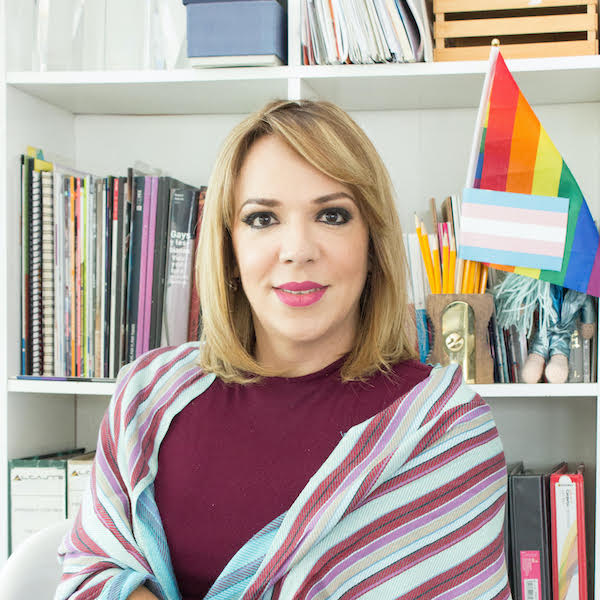 Ari Vera Morales (she/her) is a trans woman, originally from the port of Veracruz. She began her professional walk by pursuing a degree in Special Education focusing on learning problems at the Escuela Normal Veracruzana Enrique C. Rebsamen, thus facing her first obstacle, since she was not allowed to continue. Without giving up, she obtained a degree in Marketing at the Universidad de Insurgentes in Mexico City, and later a master's degree in the Defence and Promotion of Human Rights at the Universidad Autónoma de la Ciudad de México (UACM).
Her interest in working with vulnerable populations was born out of some personal and close experiences, thus giving rise to the association Almas Cautivas, which works in favour of people within the LGBTI community deprived of their liberty in Mexico City's prisons: the organisation has received the Mirabal Sisters 2014, LoveAwards 2019 and Alebrijes 2019 prizes.

She is also the founder of the international network Corpora en Libertad, a group of LGBT organizations around the world dedicated to the protection and defense of LGBT people in prison.

She is a member of the Consultative Assembly of the Council for the Prevention and Elimination of Discrimination in Mexico City (COPRED), and she is currently the Director of Institutional Relations of the Mexican Federation of LGBT Entrepreneurs, which specializes in creating work spaces free of discrimination.
She believes that this is her definining thought: "Even in the darkest places like prisons, dignity, respect and love must always be guaranteed."