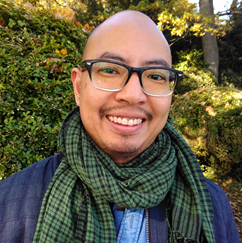 Zhan Chiam (he/him) is ILGA World’s Programme Coordinator (Gender Identity and Expression, Sport and Human Rights), where he works to strengthen trans movements and organisations through advocacy support, movement building, research, and long-term collaborations such as reform of the International Classification of Diseases. He is also developing ILGA's new work on sport and LGBTI persons.

Zhan grew up in Singapore and moved to Australia when he was 19. He has a background in queer grassroots activism and politics in both countries. At university, he majored in comparative religious studies and gender studies, and then qualified as a lawyer in order to work in human rights.

Zhan has worked in Australia, Thailand, the United Kingdom, Pakistan, and Switzerland in legal, policy and advocacy roles, mainly in refugee law.