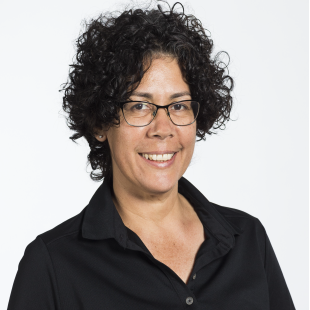 Vanessa Lee-Ah Mat (she/her) is from Yupungathi and Meriam nations in Australia and is a social-epidemiologist, public speaker, cultural broker, poet, educator and social justice and human rights advocate for Indigenous people and the LGBT population.

For over 20 years Vanessa has been a member of the Indigenous LGBT+ sistergirls and brotherboys community where she began her involvement as a volunteer against LGBT DF&SV and for sexual health promotion addressing HIV in Indigenous communities. In 2007, she became an active member of Anwernekenke, the National Aboriginal and Torres Strait Islander HIV/AIDS Alliance, to stand in solidarity with LGBT+ sistergirls and brotherboys. In 2011, she became a member of the LGBTIQ DFV Interagency a coalition of LGBT groups and allies tackling domestic violence among the LGBT community in New South Wales. Vanessa is also proactive in suicide prevention for Indigenous people and the LGBT population.

As a social-epidemiologist Vanessa looks at social behaviours of humans, in relation to patterns of disease, in collaboration with policymakers. She holds a MPH and PhD in medicine and public health.