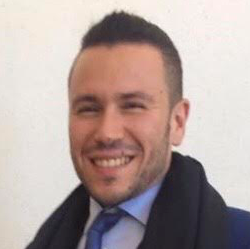 Nao Bouzid (he/him) is a gay African feminist and an LGBTIQ+ activist from Morocco. He is the co-founder and the Executive Director of Equality Morocco, an LGBTIQ+ organization in Morocco. Nao has over 10 years of experience working with local and international LGBTIQ+ and Human Rights NGOs. During these years of activism, he got involved in different national and international campaigns calling for the decriminalization of same-sex consensual relationships and in social raising awareness campaigns about LGBTIQ+ issues in Morocco.

Nao got also actively involved in international Human Rights Mechanisms such as HRC, ACPHR and the CRPD for which he wrote a shadow report to the committee in 2017: the report was the first submission related to SOGIESC issues in Morocco.

Nao is a former member of the Board of Directors of Amnesty International - Morocco. He also served Pan Africa ILGA as the Secretary of its Executive Board starting from 2016, and in 2018 he was reelected as Co-Chair of PAI.