This week, a district court in Japan clearly stated that not allowing same-sex couples to get married is "unconstitutional", in a landmark ruling may have a ripple positive effect across the country.

In other parts of the world, more courts have been called to important decisions affecting our communities. In Hungary, the Constitutional Court annulled the provision according to which the ban on legal gender recognition applied also to ongoing proceedings. In Mexico, the Federal Supreme Court will hear the case for marriage equality in the state of Yucatán.

This is a time of both progress and backtracking:  while more countries are moving towards enacting protections for our communities, others are passing and enforcing laws that further restrict our human rights. In the United States, the Governor of Mississippi signed a bill that bars trans student athletes from participating in school sports in accordance with their gender identity.

Discrimination and violence keep being a daily reality for far too many. In Tasmania, Australia, a gay man lost a court appeal to be recognised as his late partner's next-of-kin. LGBTIQ activists across Africa are calling for the immediate release of two trans persons who were jailed in Cameroon.

A district court in Sapporo, Japan ruled that not allowing same-sex couples to get married is "unconstitutional," in a groundbreaking decision that was celebrated across the country.

As Japan Times reports, presiding Judge Tomoko Takebe sided with the couples who claimed that the government was violating Article 14 of the Constitution which ensures the right to equality, describing the government's failure to implement legal measures to offer "even a degree" of marital benefits to same-sex couples as "discriminatory".

The ruling by the Sapporo District Court is likely to set a precedent in Japan, where the constitution still defines marriage as being based on "the mutual consent of both sexes".

Under the current rules in the country, same-sex couples are not allowed to marry legally, nor can inherit their partner's assets - such as the house they may have shared - and also have no parental rights over their partners' children.

Decisions like the one taken in the Sapporo court are likely to move things forward in the long-fought battle towards marriage equality in the country. Similar cases are currently being heard in four other courts across Japan, and this ruling may indirectly have a positive influence on their outcome.

In Hong Kong, a gay man is taking the government to court over its refusal to recognise him as his partner’s surviving spouse.

Social media strategies are helping our communities in Indonesia to fight against stigma with education, empowerment, coming out and the creation of safer spaces, a recent academic study has found.

A small step for us, a big step for who knows how many Hungarian #trans people.

The Hungarian Constitutional Court declared: prohibiting legal gender recognition in ongoing proceedings based on the new rules of Section 33 is unconstitutional.

The Hungarian Constitutional Court annulled the provision according to which the new rules prohibiting legal gender recognition would also be applied to ongoing proceedings.

Section 33, introduced and passed in 2020 at the height of the first wave of the Covid-19 pandemic, sought to replace “sex” with “sex assigned at birth” in the national registry and on identity documents, making legal gender recognition impossible for trans and intersex persons in the country. In addition, it included a provision to apply the new rules to ongoing proceedings as well: many people who had been waiting for years to have their legal gender recognition requests processed saw them rejected, and challenged the decision via judicial review.

The Constitutional Court sided with the applicants, claiming that “within the scope of the state’s obligation to protect institutions, it may not create a procedural framework that restricts a right guaranteed in the Fundamental Law in an unconstitutional manner”. The Court highlighted explicitly its 2018 decision, which declared that having the possibility to change one's gender and name is a fundamental right that can’t be restricted.

Háttér Society spokesman Tamás Dombos told Reuters that new legal gender recognition procedures were still banned, adding there were dozens of challenges in Court concurrently against the bill, including some against the entire ban.

While the ruling has been described as a “small victory for trans and intersex persons in Hungary”, the unconstitutional situation caused by Section 33 has not been eliminated entirely yet:  whoever had not previously applied is still barred from seeking legal gender recognition.  As Human Rights Watch reports, Háttér Society plans to pursue legal action challenging the constitutionality of Section 33 as a whole.

Serbia plans to discuss a new bill to recognise same-sex unions over the next few months. The bill would grant couples legal benefits such as joint healthcare and inheritance rights, but not the option to adopt children.

9 European organizations joined forces to demand decriminalisation of sex work in Malta, and to protect the well-being and dignity of sex workers.

In Poland, the ruling party has announced a new law that would bar same-sex couples from adopting children even as single parents.

Britain’s government promised to push ahead with a ban on so-called ‘conversion therapy’, after three policy advisers resigned over questioning ministers’ commitment to fulfilling the pledge.

A gay man in Tasmania lost the court appeal to be recognised as the late partner’s next-of-kin.

Ben Jago and his partner were in a de-facto relationship when the latter died suddenly in January 2015. As the couple had not registered their relationship, however, the coroner’s office failed to recognise Ben as the next of kin, despite the two men being legal senior next-of-kin under Tasmanian law.

Jago filed a complaint with the Anti-Discrimination Tribunal, which was turned down. He appealed to the Supreme Court against the decision in 2019, but his complaint was turned down again, barring the man from seeking redress for the Coroner’s actions.

“I’m appalled by the Supreme Court decision because it effectively means the Coroner can ignore both the state Relationships Act, that says same-sex partners have equal rights, and the state Anti-Discrimination Act, which says LGBTIQ people should not face disadvantageous treatment,” said Equality Tasmania spokesperson Rodney Croome.

A protest to show solidarity with the man will be held outside the Coroner’s Office.

In Australia, the Northern Territory police arrested a queer activist as they staged a protest during a rainbow flag raising ceremony outside a police station.

In Western Australia, the city of Perth is inviting to participate in consultations to better understand the experiences and needs of the local LGBTQI community.

In the midst of a global health crisis, these lawmakers chose to focus on bigoted and dangerous legislation to hurt trans kids.

The humanity and rights of trans people are not up for debate. https://t.co/GC8m0Bgw7Q

Mississippi Governor Reeves signed a bill that prohibits trans student-athletes from participating in school sports in accordance with their gender identity.

The so-called “Mississippi Fairness Act” requires the state’s schools to designate teams by sex assigned at birth, and will go into effect on 1 July, although legal challenges are expected.

“Gov. Reeves actions today are unjust and discriminatory,” says Mara Keisling, executive director of the National Center for Transgender Equality. “He has targeted transgender kids and added to their burden, opening them up to more harassment, abuse and violence. Transgender students should be allowed to live their lives without fear and out of the shadows”.

Human Right Campaign reports that there are so far 147 anti-LGBTQ bills under consideration in state legislatures across the country. Of those, 73 directly target trans people, and about half of those would ban trans athletes from participating in sports consistent with their gender identity.

The U.S. House passed the Equality Act last month. Should it pass the Senate and become law, the provision would formally add sexual orientation and gender identity to the prohibited grounds of discrimination in various areas of life - including on public-school sports teams, reports Mississippi Free Press.

A new joint report on creating safer public services for LGBTQ2+ workers and seniors in Canada identifies practices to help workers and clients, while calling on policy makers to address the specific concerns of marginalized groups within the  community.

The U. S. government issued a rule that protects people from discrimination on the grounds of sexual orientation and gender identity in banks and credit transactions under the Equality Credit Opportunity Act.

On February 8th, Cameroonian Trans Celebrity Shakiro was arrested for what cleary is believed to have been due to her sexual orientation. She has experienced torture ever since. Here is our statement together with @for_wfw
.

Pan Africa ILGA joined LGBTIQ activists across West Africa to urge the immediate release of two trans persons arrested on the charges of ‘homosexuality’ in February.

According to reports, Shakiro and Patricia were arrested by the gendarmerie of Nkoulouloun – Douala after they could not provide their identification cards, and were questioned about their alleged sexual orientation under pressure, threats and torture. They were also denied access to their lawyers, and other detainees in prison have threatened them.

“Shakiro and Patricia remain examples of what the LGBTI community continues to face across the African continent”, said Pan Africa ILGA Programme Manager Richard Lusimbo. “Discrimination and hatred towards innocent members of our community need to stop. The state’s fundamental duty remains to respect all forms of human rights and ensure the protection of her citizens without fail.”

Human rights defenders have started a petition addressed to the Government of Cameroon, calling for Shakiro and Patricia's release.

Following international reactions, a Tunisian court ordered the release of Rania Amdouni, LGBTI human rights defender who had been imprisoned for shouting outside the police station where her harassment complaint had been rejected.

More than twenty human rights organisations from the Middle East and North Africa region issued a joint statement to urge an end to ‘conversion therapy’ practices in the region.

Mexico's Supreme Court will decide whether the Yucatán Congress is in contempt for not guaranteeing marriage equality and whether it should approve the bill which legalises it.

In April and July 2019, Congress voted in secret on initiatives that sought to reform the local Constitution and the Family Code. For this reason, Colectivo por la Protección de Todas las Familias en Yucatán (Colectivo PTFY) filed a case against the legislature, which is now being heard by the highest court of the country.

As ILGA World’s State-Sponsored Homophobia report points out, there is no federal law on marriage equality in Mexico. As of December 2020, 19 jurisdictions had adopted same-sex marriage legislation.

In June 2015, the Supreme Court of Mexico declared that bans on marriage equality were unconstitutional and states must recognise the marriage of same-sex couples conducted in other states. However, these decisions did not translate to the legalisation of such marriages in the whole country, which have rather been celebrated on a case-by-case basis (generally after a judicial decision) in States where legislation still does not provide for such unions.

The Senate of Puerto Rico is scheduled to hold a hearing on a bill to ban so-called ‘conversion therapy’ on 24 and 26 March. 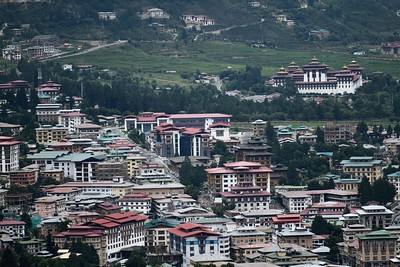