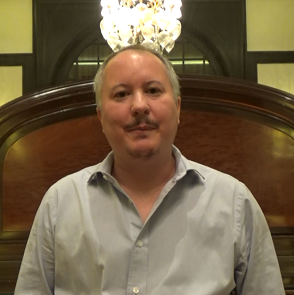 Dan Christian Ghattas, PhD, is the Executive Director of Organisation Intersex International Europe (OII Europe).
He started advocating for intersex human rights in Europe in 2009, and has since provided expertise to governments, EU and CoE and UN Treaty Bodies.
He was one of the initiators of the first International Intersex Forum (2011) and is a co-founder and former co-chair of OII Europe. In 2013, he compiled the first empirical (pre-)study on the life situations of intersex individuals worldwide, Human Rights Between the Sexes, covering 12 countries and most continents. In 2016, he authored the ILGA-Europe/ OII Europe Intersex Toolkit Standing up for intersex human rights - How can you help? and in 2019 the ILGA-Europe/ OII Europe legal toolkit Protecting intersex people in Europe. A toolkit for law and policy makers. With digital appendix and checklist. Since 2015, he is the European Advisor for the Astraea Intersex Human Rights Fund and since 2016 Bridge Advisor for the Disability Rights Fund.