The International Intersex Forum (IIF) will return in 2022, its organising committee announced today.

The next edition of the largest global gathering of intersex changemakers will take place in LA Long Beach, United States, from 9 to 12 May 2022.

First organised in 2011 and its participation limited to intersex human rights defenders, the International Intersex Forum is a landmark occasion to bring together activists, advocates, and organisations from the world over to strategise, exchange and learn from each other.

Registration for participants will open in October 2021: stay tuned for updates!

More than 25 intersex activists who would otherwise not be able to attend will receive scholarships. Those who have been selected by the IIF organising committee and the ILGA World Intersex Steering Committee will be notified in the coming weeks, and receive further instructions to confirm their participation.

In light of the Covid-19 pandemic, the health, safety and well-being of participants to the IIF is of utmost priority. To minimise travels at a time where restrictions might impose additional hurdles to a diverse participation from all regions, the event will be held the week after the 2022 ILGA World Conference, and in the same location. The two events, however, will remain independent: registering for and attending one of them will not automatically translate into participating in the other. For further information, you can write to [email protected].

UPDATE (2 December 2021):
The organising committee of the International Intersex Forum announced that the event will be downsized to prioritise the health, safety, and well-being of all scholars and participants. To mitigate risks for the intersex activists who have already received a scholarship and confirmed their participation, the forum – a kind of gathering allowing only for a limited number of participants - will not open for further registrations. Follow this link to read the full announcement. 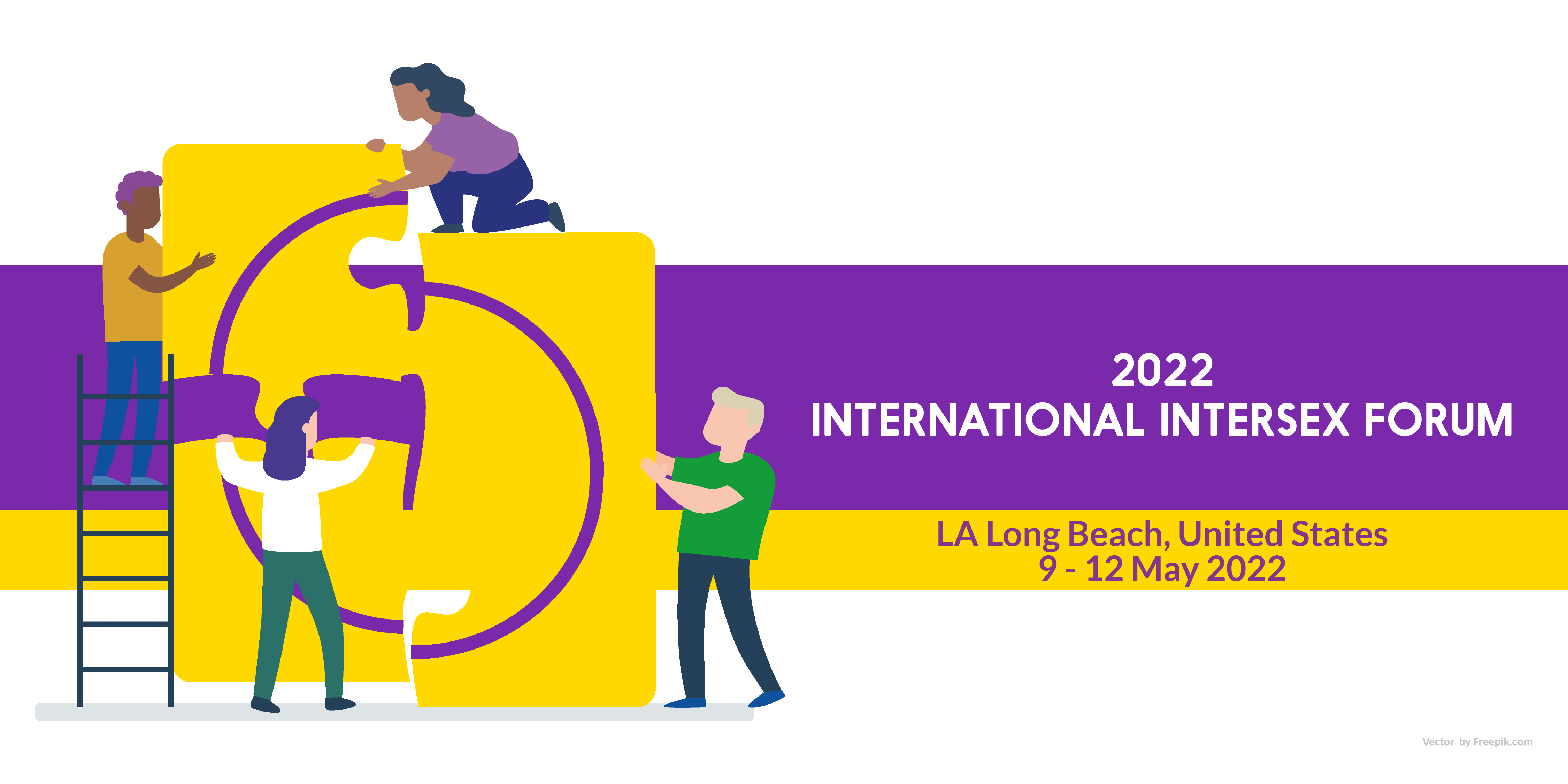 A group of persons puts together the pieces of a puzzle forming the intersex flag.
The image reads "2022 International Intersex Forum. LA Long Beach, United States, 9-12 May 2022"

International Intersex Forum: why is it relevant?

The International Intersex Forum is the largest global gathering for intersex changemakers. First organised in 2011, the IIF has been crucial for the global intersex movement to make the world aware of the human rights situations facing the community, and to formulate political demands.

Civil society has worked for years to help create a society where intersex people’s rights are recognised. Slowly but surely, the world has begun to listen.

In 2013, for example, activists came together in Malta for the third International Intersex Forum, and called on national governments to draw adequate solutions to address human rights violations against intersex persons. Less than two years later, Malta became the first country in the world to pass a law banning “any sex assignment treatment and/or surgical intervention on the sex characteristics of a minor” which “can be deferred until the person to be treated can provide informed consent”.

Since then, more countries have made significant moves to follow suit, and activists have continued to find strength in the community, convening in global and regional fora. These gatherings have empowered them to highlight similarities and local specificities in the demands of the intersex movement, and to tell the world how being denied their bodily autonomy has deep impacts on intersex people’s health outcomes, education, and employment opportunities, as well as their possibility to compete in sports - often without even being able to access remedies and justice.

Intersex voices have reached the international stage and continue to be heard. In 2020, a ground-breaking report of the UN Commissioner for Human Rights opened further possibilities to highlight human rights violations against intersex people. For the first time, then, a group of 36 States from all regions of the world joined forces and called on the UN Human Rights Council to urgently protect intersex persons in their bodily autonomy and right to health.

Despite these significant advances, however, the work is still far from over: the 2022 International Intersex Forum will be a crucial occasion to come together and move forward!