The ILGA-RIWI Global Attitudes Survey on Sexual, Gender and Sex Minorities, in partnership with Viacom, Logo and SAGE in partnership with Logo is a year-on-year survey to gather and assess credible data on public attitudes to particular issues related to sexual orientation, gender identity, gender expression and sex characteristics.

The survey manages to collect answers from netizens from across the globe, reaching also

environments highly hostile to our communities: it results in the largest investigation of attitudes towards sexual, gender and sex minorities around the world ever conducted.

Thanks to this survey, for the first time the world has been provided with actual verifiable evidence-based data, rather than anecdotal evidence on these attitudes, that can assist advocates, researchers and policy-makers in their work. 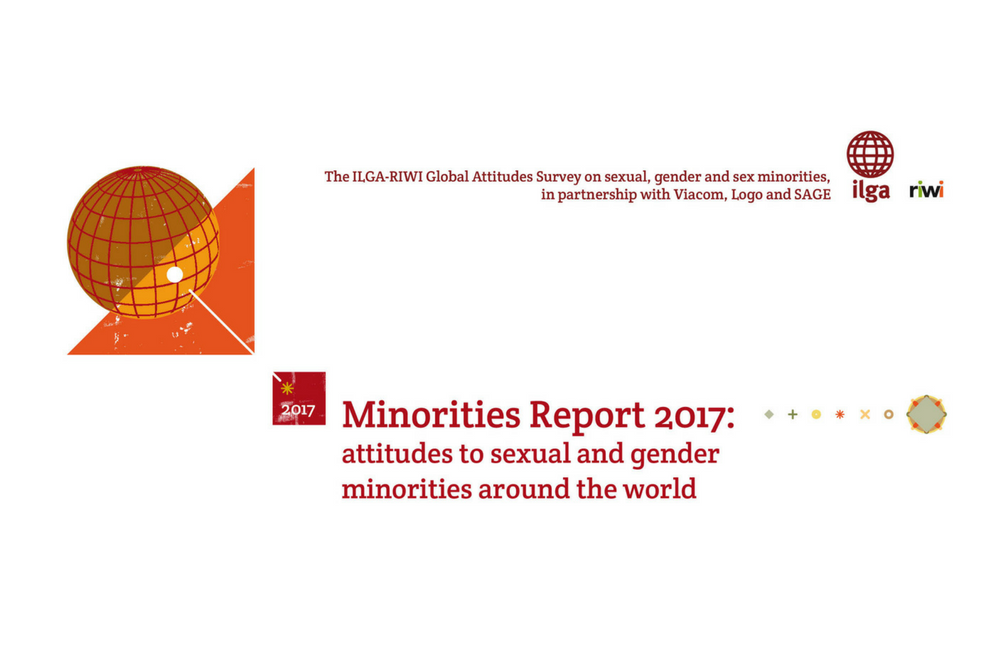 October 2017: Minorities Report 2017: attitudes to sexual and gender minorities around the world

Data included in this report shows that knowing someone in sexual and gender minorities’ communities has significant positive effect on attitudes towards them.

Findings also demonstrate that a majority of people feel they can respect their religion and their culture and be accepting of sexual and gender diversity – evidence that strongly counters the discriminatory, and often dangerous messages, delivered by religious or political leaders.

This report was researched and written by Aengus Carroll and George Robotham, and published by ILGA World. It is copyright-free.

The Personal and the Political: Attitudes towards LGBTI...

The ILGA-RIWI 2016 Global Attitudes Survey on LGBTI People in...