Geneva, 19 December 2017 - Many countries in every region of the world still have barriers to overcome when it comes to legal gender recognition, a report from The International Lesbian, Gay, Bisexual, Trans and Intersex Association (ILGA) has shown.

Officially launched during the 7th ILGA Asia conference in Phnom Penh, Cambodia in December 2017, and now in its second edition, ILGA’s Trans Legal Mapping Report is a worldwide compilation of laws and processes for trans and gender-diverse people to change their sex/gender markers and names on official identity documents.

The document is now available for download in English and in Spanish.

“Every region in the world has restrictive processes, including surgical and other unreasonable requirements, for trans people just to be who they are” says coordinator and co-author Zhan Chiam, Senior Programme Officer, Gender Identity and Gender Expression at ILGA.  “At the same time, there have been amazing developments in 2017 that should be celebrated - such as in Mexico, Botswana, Germany, and a win in the European Court of Human Rights. All of these successes are included and detailed in the report.” 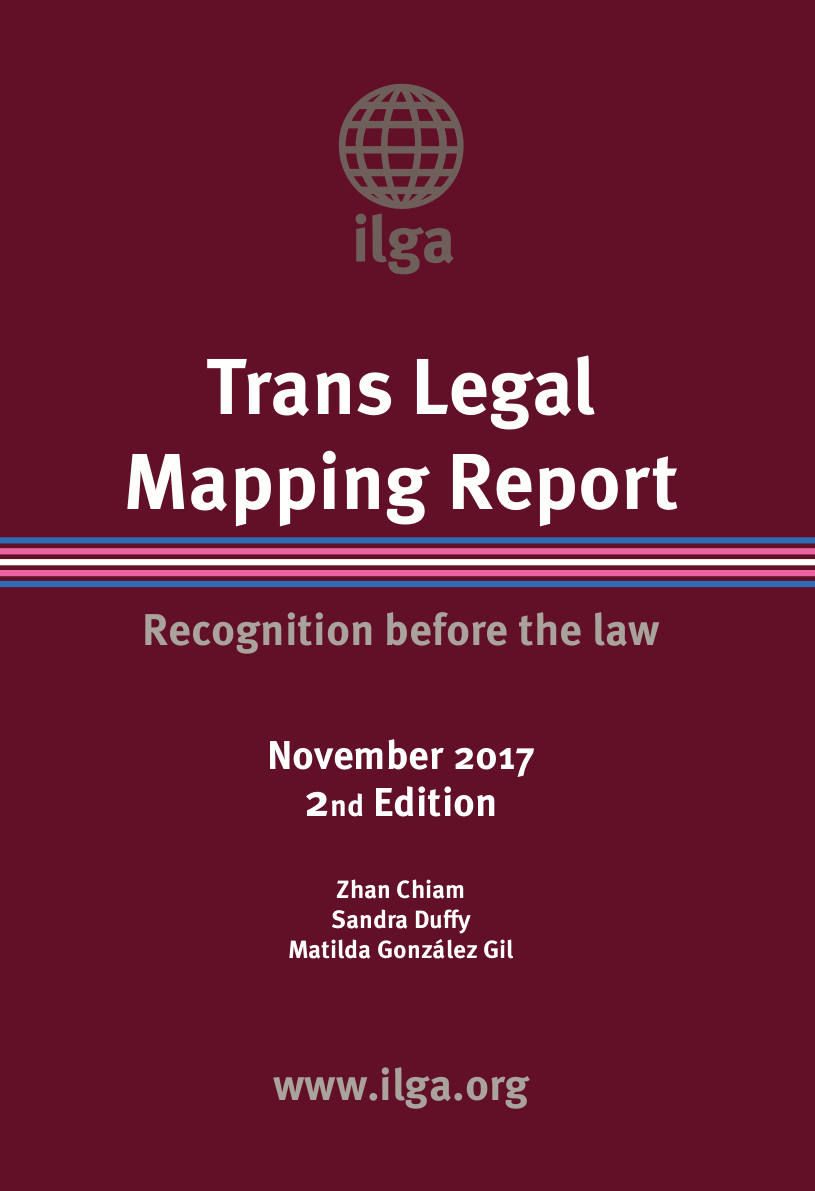 The Trans Legal Mapping Report sets out whether a process is established in primary legislation, through a court application, in an administrative rule, in policy, or simply not defined. Any known bills that are progressing through Parliaments, or pending significant court cases, are also included. Name change processes are especially relevant for countries where the gender marker change process is absent or is onerous, medicalised, pathologised and, therefore, restrictive. This does not mean that name change processes are always more progressive, but that in comparison they tend to be.

The second edition of the report has new features – an international law section, a chapter on the Inter-American human rights system, and interviews with in-country trans activists to show what these laws mean in reality.

“Very often the laws don’t give the full picture when it comes to legal gender recognition” says Chiam. “That was why we wanted to hear from the activists themselves on how these legal systems impact on their communities. Malaysia, Mexico, Hungary, Argentina, Vietnam and Russia are all very interesting examples of progressive and regressive systems for trans persons, sometimes within the law and sometimes outside the law. We wanted to capture some of the nuances in these country situations, and we hope that this report becomes a powerful advocacy tool for human rights defenders as they challenge the legal and medical systems they live under.”

Ruth Baldacchino and Helen Kennedy, ILGA co-Secretaries General, join the ILGA World Trans Secretariat in adding: “Recent victories should serve as reminders that, for as long as we keep vigilant, the next editions of this report will see an increase in the provisions for equality of trans and non-binary people worldwide.”