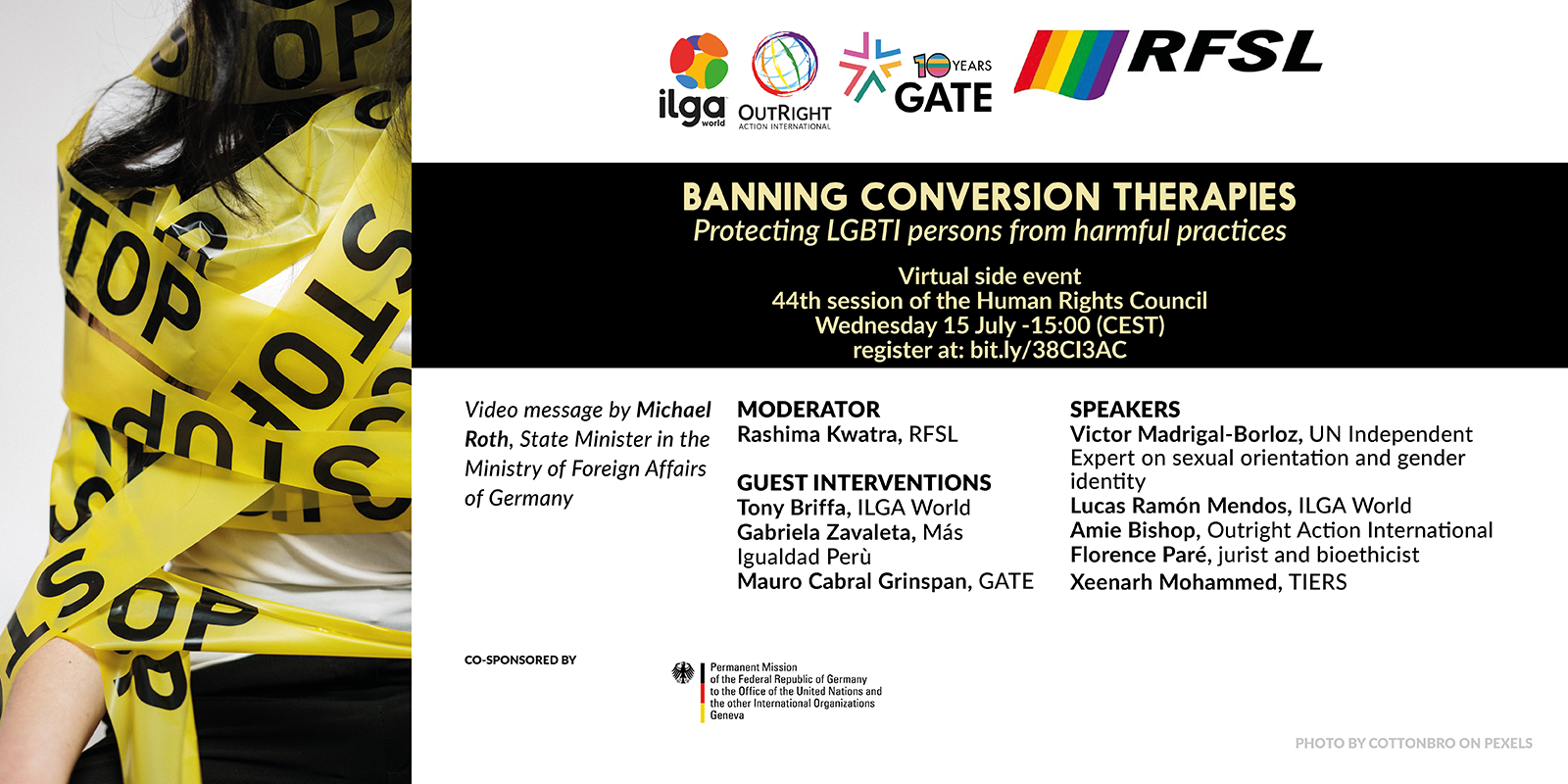 In his report the Independent Expert on SOGI defined conversion therapy as “an umbrella term to describe interventions of a wide-ranging nature, all of which are premised on the belief that a person’s sexual orientation and gender identity, including gender expression, can and should be changed or suppressed when they do not fall under what other actors in a given setting and time perceive as the desirable norm, in particular when the person is lesbian, gay, bisexual, trans or gender diverse.”[1]

So-called conversion therapies are deeply rooted in the historical classification of certain sexual orientations, gender identities and gender expressions as unnatural, disordered or pathological and, therefore, needed to be treated and cured. [2] All around the world, LGBT people have been subjected to multiple so-called “reparative” interventions aimed to convert them into heterosexual and cisgender people. Those interventions include a wide range of practices, from group meetings to compulsory detention in specific facilities [3]; from hormonal treatment to drug-induced “aversion therapies”, from food deprivation to force-feeding, from psychotherapy to electroshock.[4]

Gross human rights violations are committed in the name of conversion therapies, including cruel, inhuman or degrading treatment. However, only four countries in the world actually ban the attempt to change a person’s gender identity, gender expression or sexual orientation.[5] Even when conversion therapy is often performed privately (e.g., in religious facilities), States are clearly failing in exercise due diligence to eliminate it, and to provide rehabilitation, justice and reparations to its victims.[6]

The event is co-organised by:

The event is co-sponsored by: