Side event at the Human Rights Council 41st Session
Why renew the mandate of the SOGI IE? Focus on gender identity and human rights 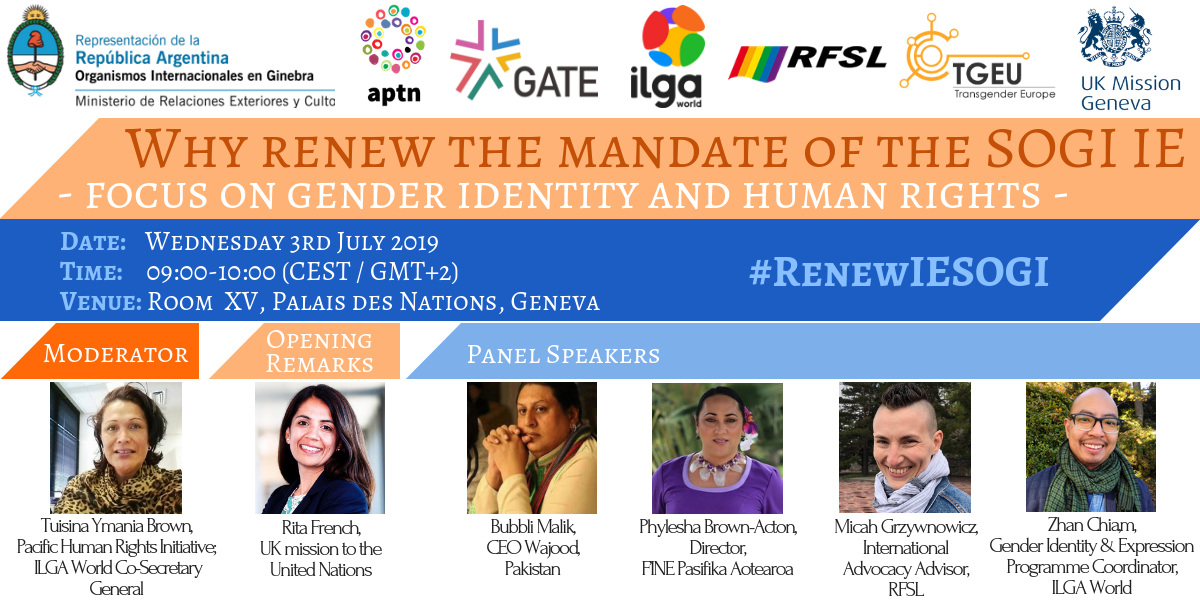 This side event will address gender identity issues in the context of the mandate of the Independent Expert on sexual orientation and gender identity (SOGI), highlighting advances made since the start of the mandate to date, as well as issues to be addressed in the future - including transphobic violence, socioeconomic justice, legal gender recognition and access to reparations.

Objectives
1. Identify and analyze human rights violations based on gender identity around the world
2. Reflect on the SOGI Independent Expert’s contribution to addressing and eliminating human rights violations based on gender identity
3. Explore next steps in the process of ensuring trans and gender diverse people’s full enjoyment of their human rights, including the future work of the SOGI IE mandate in advancing these rights. 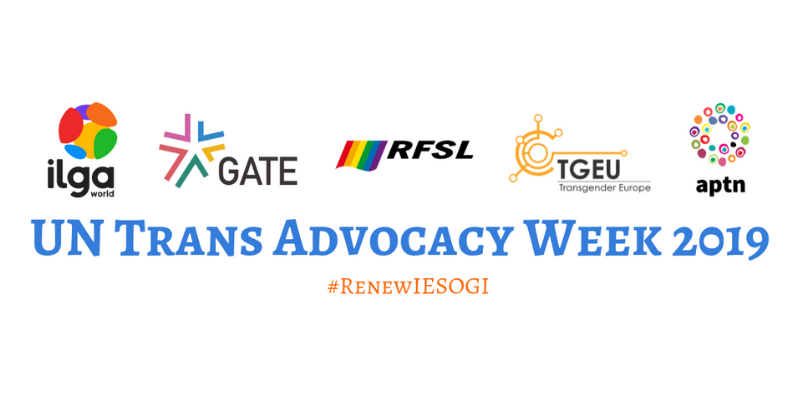