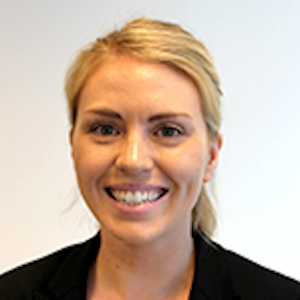 Claire Poppelwell-Scevak (she/her) received her double bachelors in Law and International Studies at Macquarie University, Australia in 2013. She was admitted as a solicitor to the Roll of Solicitors in New South Wales in February 2014. She has an LLM (completed in 2016) from Oslo University with a focus on Public International Law and LGBTQI rights.

From 2017 until 2021, she was a PhD Research Fellow at Ghent University. Here, she began her PhD under the supervision of Professor Eva Brems and Dr Laurens Lavrysen. Her doctoral dissertation focuses primarily on same-sex marriage at the European Court of Human Rights, however, it also intersects with other human rights such as abortion, assisted suicide, access to assisted reproductive techniques, and more broadly with other LGBTQI+ rights.

In addition to her doctoral research, she was a managing editor of the Strasbourg Observers from 2017 - 2021 and has helped draft several third-party interventions to the European Court of Human Rights, namely in Semenya v. Switzerland and Szypuła v. Poland and Urbanik & Alonso Rodriguez v. Poland.