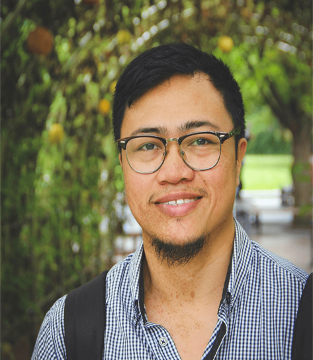 AR Arcon (he/him) has a degree in Computer Science from AMA University (Philippines) and holds a Microsoft Certified Professional certification from Microsoft Philippines. He is a technology and art enthusiast - a watercolor painter and a 3D artist.

He has a decade background on community work, specifically with the transgender men community in the Philippines. He is the founder and Executive Director of Pioneer Filipino Transgender men Movement and is currently leading the development of the baseline research on Filipino Trans men’s lived experiences. He is also the Chairperson of LakanBini Advocates Pilipinas.

AR’s previous experiences of working with regional NGOs include consultancy work with Asia Pacific Transgender Network. He also supported the Transrespect vs Transphobia project of Transgender Europe, and was the co-coordinator of the previously-held Southeast Asian  Queer Cultural Festival 2021 led by ASEAN SOGIE Caucus.

He is also an alumni of the RFSL Rainbow Academy Program.