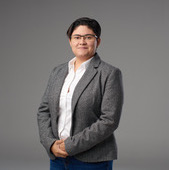 Andrea M. Ayala (she/her) is a Salvadoran Human Rights Defender since 2009, she has worked in multilateral spaces since 2014 addressing different issues related to LGBTIQ populations globally.
She focuses particularly on advocacy and lobbying in spaces such as the United Nations and regional Human Rights system in the Americas.

She is a lawyer with a specialisation in Human Rights litigation in the Inter-American and Universal system of Human Rights from the American University, Washington Collegue of Law, and has a Higher Diploma in Sexual Diversity awarded by CLACSO Latin America and the Argentinean LGBT Federation.