Did you miss the event? You can watch it below:

This panel will discuss how, in the 21st century, transgender rights can and should be a central part of gender equality and gender rights work, and how the concept of gender can broaden to be more inclusive of diverse identities, linguistic and cultural differences and terminologies. The panel will also reflect on the reasons behind framing gender and gender equality as only pertaining to “women and girls” both in feminism and the international human rights framework, especially the impact colonialism.

The panel will look at responsibilities that various stakeholders have in creating inclusive approaches, spaces and policies, including feminist and trans activists and organisations, generalist human rights organisations, UN agencies and governments. The speakers will discuss the importance of broadening the scope and understanding of what gender is, including problematizing the gender binary that our systems are built on. They will also touch upon the importance of intersectionality and working across movements and agendas. 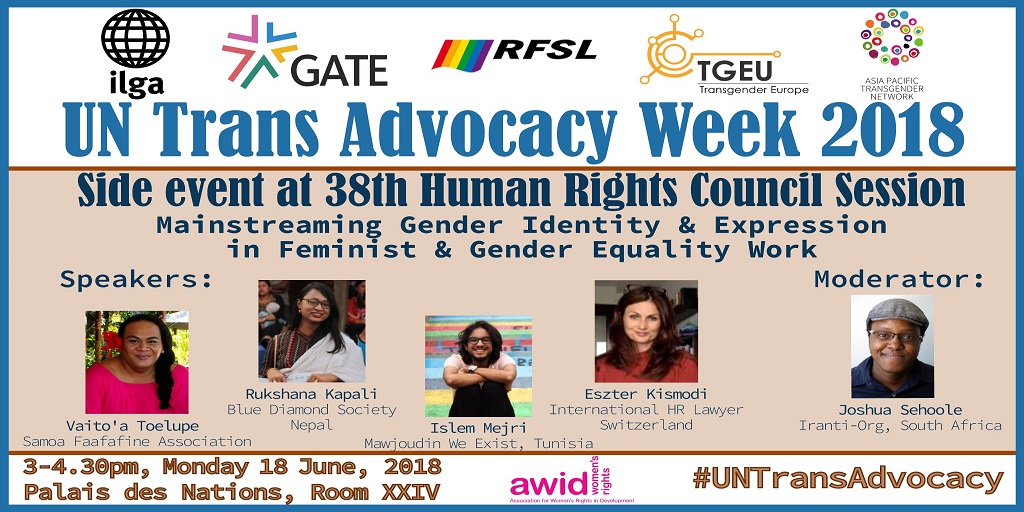